Zhenjiang is a large harbor, industrial and tourist city located in Yangtze River Delta, in the economically developed area of the southern part of Jiangsu Province. The city is located 230 km west away from Shanghai and 50 km east away from Nanjing.
The city's population is over 3 million people and total area is of about 3840 sq km.
Zhenjiang has been called “urban forest" since ancient times. The city has 235 hills and 63 rivers. More than 42% of the land is under forest cover.  The city has a favorable geographical position. National highways and waterways pass through Zhenjiang, and Nanjing international airport is located nearby. Zhenjiang has 5 railways, including Beijing-Shanghai high-speed railway, a railway station, a bus station for long distance routes and an airport.
The city ranks fifth in terms of socio-economic development in Jiangsu province. Zhenjiang is a pilot city for the introduction of low-carbon economy and the only city in Jiangsu province to carry out reforms for the development of ecological civilization.
The leading industries are the production of high-tech equipment and innovative materials. The city has a strong industrial base: nine zones of intensive industrial development and eight industrial parks have been created. Zhenjiang has the world's leading production base of anchor chains, the world's largest production base of coated paper of the highest quality, the largest plant for the production of balsamic brown vinegar.
Currently, the process of industrial modernization of Zhenjiang is proceeding accelerated pace. The main goal is to make the city one of the largest production bases of modern equipment, a significant regional center of logistics and development.
Zhenjiang city is a center of research and higher education. Education in the city is represented by 6 universities and 20 vocational schools, which train more than 100,000 students. The city is home to Jiangsu University, which is one of the top hundred universities in China.
Zhenjiang city has a high level of ecology. Around the city there are seven natural attractions, classified as national scenic spots and forest parks. Along with the construction of new urban areas, attention is also being paid to the protection and restoration of old neighborhoods. The annual flow of tourists to the city of Zhenjiang is 12 million people.
Main attraction:
- Jinshan Mount - park and pagoda on the mountain are the hallmark of the city;
- Zhenjiang Museum presents exhibits dedicated to the history of the city;
- The ancient street Xijin. It consists of several streets, which to this day convey the flavor and atmosphere of ancient China;
- Beigu mountain in the North-East of the city;
- the building of the former Royal hotel is one of the most important architectural examples of the city, built in the European style

Zhenjiang is a historic city with rich culture and talents. It has a recorded history of over 3,000 years and was the capital of Jiangsu Province before 1949. In the city there are 9 national culture relic protection sites and 4 national key religious temples. Pearl S. Buck, the famous writer and owner of the Nobel Prize in Literature, had been living in Zhenjiang for 18 years. There are 3 asteroids named after Zhenjiang local scientists.

International inter-municipal cooperation between the cities of Stavropol and Zhenjiang has been carried out since 2009.
Since 2011, mutual visits of official delegations of the cities of Stavropol and Zhenjiang have been systematically organized, during which best practices of local self-government bodies are exchanged, innovative solutions to city issues are introduced, and the principles of major enterprises work are studied. The signing of the Memorandum on strengthening friendly relations between two cities, as well as the Agreement on participation in joint programs of international exchange in the field of urban innovation, contributed to the development of cooperation between the cities.
The result of this effective interaction was the signing of the Agreement between the cities of Stavropol and Zhenjiang on friendly sister cities relations in December 2012. 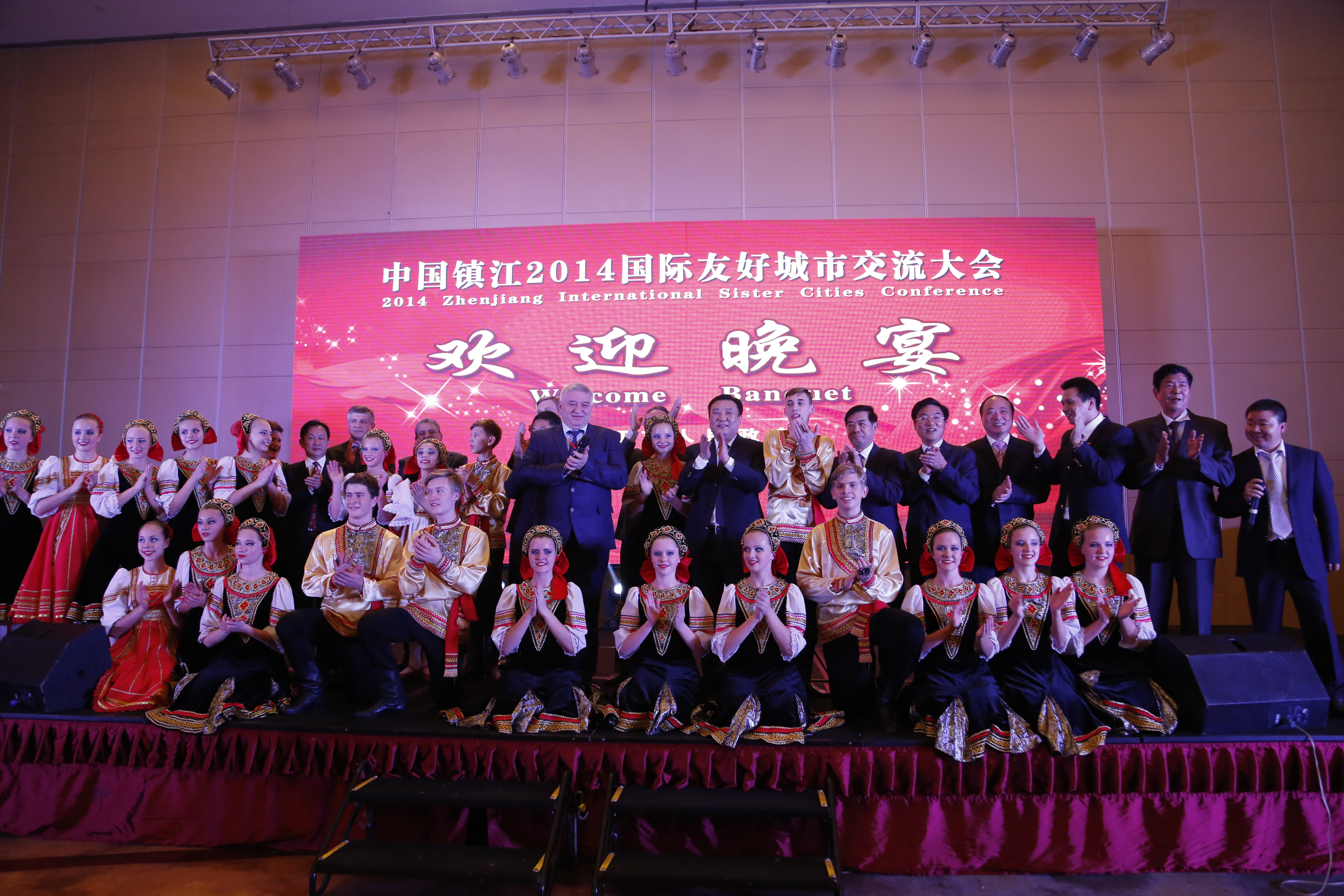 During following years, inter-municipal cooperation between the sister cities has been developed more dynamically. The official delegation of the city of Stavropol took part in the international sister city conference, which became a platform for discussing a wide range of issues of socio-economic development and searching for the most effective ways of inter-municipal interaction. During the return visits, the prospects for developing friendly twinning relations between Stavropol and Zhenjiang were discussed, and the importance of public diplomacy among young people was emphasized.
As part of the further Russian-Chinese partnership, an official delegation from Stavropol visited the Chinese sister cities at the invitation of Jiangsu province People's government. They took part in the celebrations dedicated to the 40th anniversary of the sister cities relations of Jiangsu province, as well as in the international sister cities conference in Zhenjiang. In accordance with the schedule, an official reception of members of the delegation of Stavropol by the government of Jiangsu province was held, during which a commemorative medal was awarded. To mark the dynamic development of twinning relations with the cities of the People's Republic of China, a tree with the name "Stavropol" was planted in the "Garden of friendship" of the city of Nanjing. Issues of mutually beneficial international inter-municipal cooperation and further development of friendly relations between the sister cities were discussed.
Within the Framework of the international sister cities conference in Zhenjiang, the delegation members got acquainted with the prospects for the introduction of low-carbon technologies, and exchanged experience in solving environmental problems, as well as preserving the natural environment. The Stavropol delegation also visited an exhibition dedicated to the history of the development of twinning relations of the sister city of Zhenjiang, which presents multimedia and memorable presentation materials about Stavropol.
In October 2019, in accordance with the invitation of the municipal people's governments of the cities of Changzhou and Zhenjiang, a business mission of representatives of the business community of Stavropol took place to the Chinese sister cities. In accordance with the schedule, an official reception of the delegation of Stavropol was held by the leaders of the municipal people's governments of the cities of Changzhou and Zhenjiang. During the meetings, issues of mutually beneficial international inter-municipal cooperation and further development of friendly sister-city relations were discussed. As part of the business program, representatives of the city of Stavropol got acquainted with the economic and industrial potential of the sister cities. During the meetings with the management of leading companies in the processing industry, prospects for cooperation and export opportunities for Stavropol products were discussed. The visit of the delegation of Stavropol was covered in the media of the sister cities of the PRC.
In the course of inter-municipal interaction, special importance was attached to the public diplomacy among young people. The sister cities took an active part in large-scale international humanitarian actions. As part of the Years of friendly youth exchanges between Russia and China in 2014 in the sister city of Zhenjiang, performances of the children's dance ensemble “Raduga” (Rainbow) of the Stavropol municipal choreographic school (26 people) were organized. The ensemble is a winner of prestigious all-Russian and international competitions, holder of the UNESCO Grand Prix "Golden Peacock". Residents of the sister city were able to get acquainted with the unique traditions of Russian folk art.
In order to further strengthen the intercultural dialogue, students of the sister cities jointly participated in international projects, forums, and online conferences. During the Cross-years of exchanges between Chinese and Russian media, an international creative video contest "My Motherland" was held, which was attended by more than 50 students of higher educational institutions in Stavropol and the Chinese sister cities. An international creative photo contest "My city" was organized among the students of the city of Stavropol and the sister cities of the People's Republic of China, dedicated to the celebration of the 240th anniversary of Stavropol. According to the results of the competition, its winners were awarded diplomas of I, II, III degrees, all participants were awarded international certificates.
As part of the international humanitarian initiative "Years of interregional cooperation of Russia and China", an international youth drawing contest of Jiangsu province "Dreams of the future" was held. More than 100 thousand creative works of students of Jiangsu province and cities of seventeen countries were submitted to the competition. Stavropol schoolchildren took fifteen prizes.
In 2019, a group of students and teachers from Stavropol participated in the award ceremony in Nanjing (China), as well as visited the Chinese sister cities. Students of Stavropol took a part in the educational process, visiting the institutions of general and additional education in the city of Zhenjiang. Master classes on calligraphy, the basics of fine and folk art were held. The group of students and teachers from Stavropol got acquainted with the cultural and historical heritage of China. The stay of 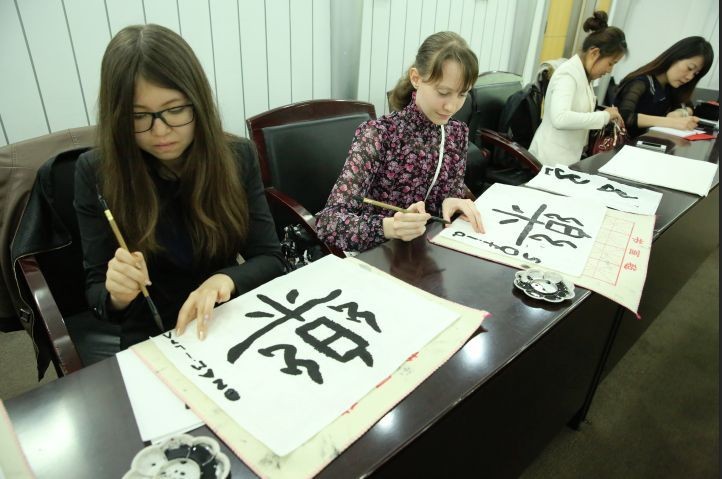 students and teachers of Stavropol was widely covered by local media.
It has become traditional to hold international exhibitions of children's drawings among young students in the city of Stavropol, dedicated to friendship and the development of twinning contacts. 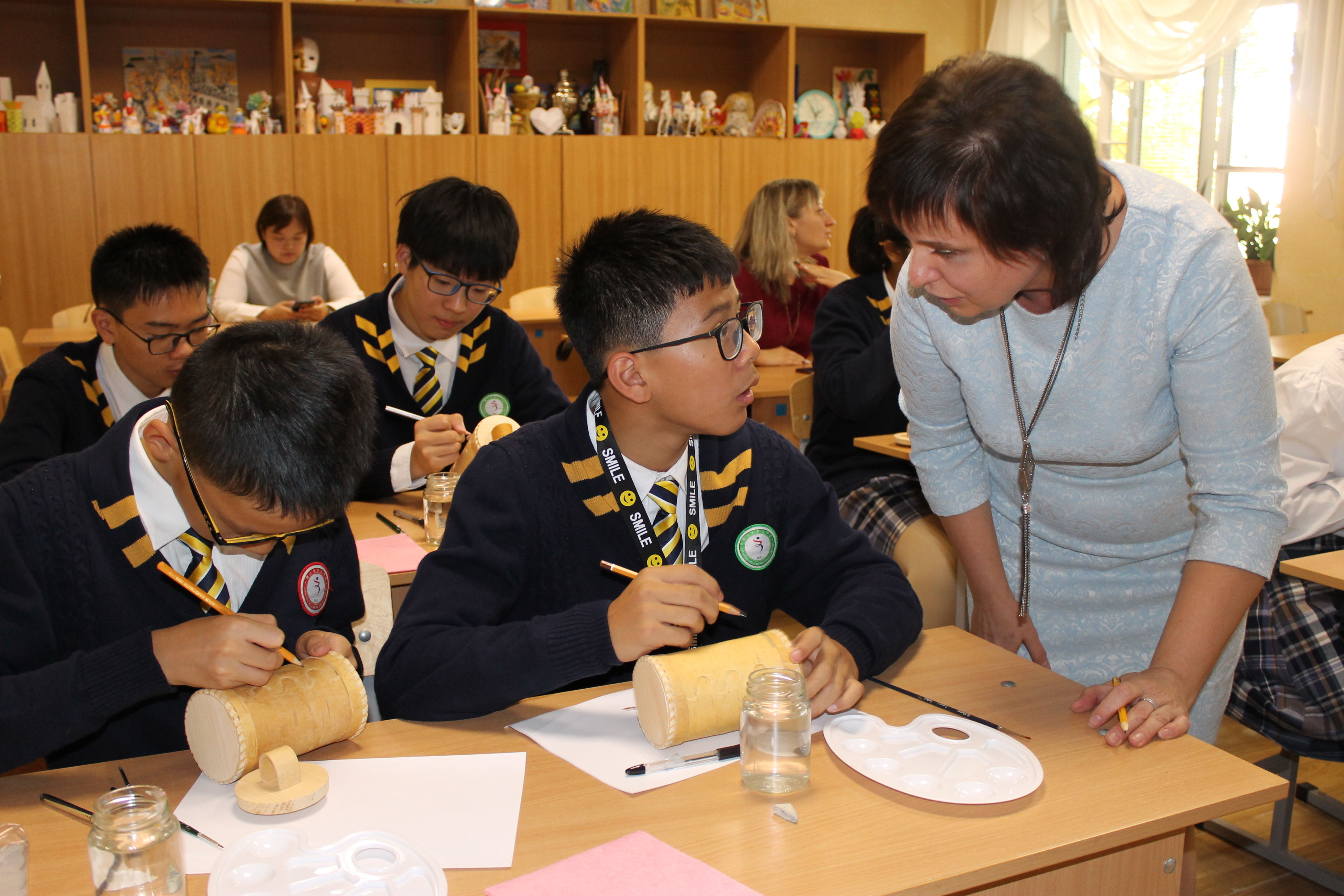 The international cooperation of the sister cities in the field of education is successfully developing. In 2014, the first educational trip of a group of students and teachers of Stavropol gymnasium No. 24 to Zhenjiang was organized, during which an agreement was signed on the establishment of partner relations between Stavropol gymnasium No. 24 named after Lieutenant General of justice M.G.Yadrov and Zhenjiang secondary school No. 3.
Currently, the interaction of partner schools is carried out on an ongoing basis. Introductory lessons on the Chinese city, creative competitions and exhibitions are organized, and multimedia projects are implemented. There are systematic exchanges between groups of students and teachers. During the educational visits, teachers of the sister cities get acquainted with new learning technologies, discuss issues of organizing the educational process, and exchange experience in the field of education. Students attend integrated lessons, master classes in calligraphy and folk art, cooking traditional dishes of national cuisine, and organize friendship concerts, participate in joint press conferences, and friendly sports competitions. In addition to the educational part of trips, cultural programs are being developed for groups of children and teachers, including visits to museums, historical attractions, and familiarization with the traditions of Russia and China.
During the visits of groups of schoolchildren and teachers, much attention is paid to the presentation of the higher education system, visiting the best universities of the cities - Jiangsu University (Zhenjiang), North Caucasus Federal University, Stavropol State Agrarian University (Stavropol). Students are introduced to the activities of scientific laboratories and training workshops, implemented international projects.
Traditionally, in October - November 2019, educational exchanges were held between Gymnasium No. 24 and Secondary school No. 3 of the Chinese sister city. Diverse programs of educational and cultural events were developed for groups of teachers and students. During the visits, the experience of Stavropol in organizing international cooperation and public diplomacy promoting among the youth was presented. The main directions of interaction between partner schools were discussed. The presentation of the Secondary school No. 3 of the city of Zhenjiang, which celebrated its 90th anniversary, was held.
Teachers shared their experience in education and upbringing of the younger generation, and got acquainted with new trai 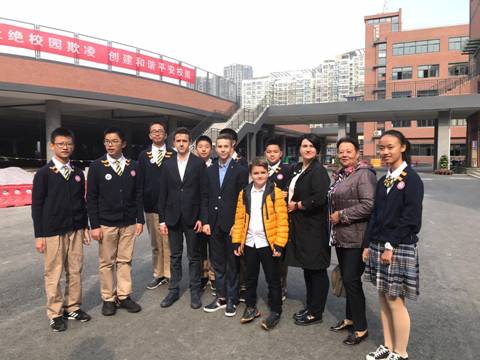 ning technologies. Students took a direct part in the educational process. Friendly sports competitions were organized, friendship concerts were held. Within the frame of extensive excursion programs, students had the opportunity to communicate with their peers, get acquainted with the culture and traditions of Russia and China.

Cooperation between the sister cities continues to develop actively, and the quality and scale of interaction is been constantly improved.