The city of Des Moines is the capital of the State of Iowa, located in the central part of the state. The history of the city can be traced to 1834 when it was decided to establish a military post at the point where the Des Moines and Racoon Rivers merge. It was named Fort Des Moines. In 1857 Fort Des Moines was shortened to Des Moines and designated the capital of the State of Iowa. There was a considerable increase in building, particularly for roads, bridges and houses; rapid growth of economy was directed at improving life quality.
Today Des Moines is one of the largest business centers in the USA. Over 600,000 residents live in the city and suburbs of Des Moines. The population is employed in the sphere of service, trade, education and culture. Wholesale and retail trade enterprises successfully operate in the city, the sphere of providing medical, financial services, and publishing activities is developed. Agribusiness is a significant area of the economy. Many local firms are active in the field of biotechnology, conducting research in the following areas as human, plant, and animal disease cures; safer pesticides and herbicides; and new, higher crop yields.The goods include construction materials, automotive, agricultural, oil and furnace equipment, leather products, medicines, paint, electrical equipment, cosmetics, food, etc.
Des Moines is an educational and cultural centre of the State. The Greater Des Moines area is a home to some colleges and nine higher educational establishments, the most famous are: Drake University, Des Moines University-Osteopathic Medical Center, Grand View University, Mercy College of Health Sciences, University of Iowa, and Des Moines Area Community College (DMACC). Higher education institutions of the city have rich experience of research and innovation.
Traditional and modern architecture are mixed and supplement each other. There are many examples of cultural and historical heritage in the city: the Iowa State Capitol built in 1886, State Historical Museum of Iowa, Living History Farms, Des Moines Art Center, a famous Science Center of Iowa & Blank IMAX Dome Theater with its impressive laser shows and many advanced science and technology models, Greater Des Moines Botanical Garden, Blank Park Zoo, Iowa State Fairgrounds, Pappajohn Sculpture Park, Gray's Lake Park, and so on.
Additional information about the city of Des Moines you can find on the website: www.dsm.city.

The Agreement on establishing sister city relations between Des Moines City (Iowa State capital), and Stavropol City (Stavropol Territory, Russia) aimed at cooperation development in different areas of socio-cultural sphere was signed on the 27th of July 1992.
Sister-cities friendly relations have been developing actively during the second part of 90-s. Within the period of the agreement implementation there was an exchange of official delegations and representatives of twin-cities business groups. A lot of attention was focused on sharing local governments experience and cooperation within the framework of “Training program of the CIS and the USA twin-cities municipal employees”. Members of sister cities delegations learnt the basis and the structure of legislative and executive powers, experience of work in the spheres of city development. In compliance with the Iowa state invitation the representatives of Stavropol city Directorate on Civil Defence Affairs and Emergency situations visited Des Moines with the aim of learning the work of the Rescue service, the structure of the National Guard, its tasks on the defense of the Iowa population in emergency situations. 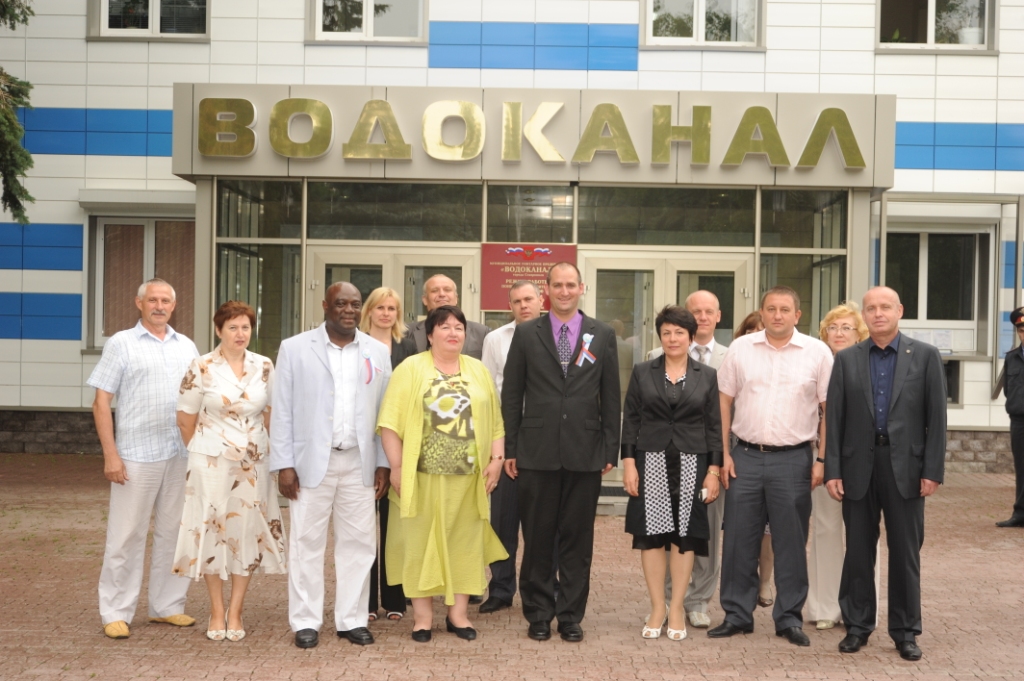 The cooperation in the sphere of education has been developing. The probation of the directors of Stavropol city educational institutions was organized in the city of Des Moines where they could learn the education management structure, principles and ways of school control, a system of search, selection and education of talented youth. In accordance with the Plan of Cooperation between Stavropol and Des Moines the senior pupils of Creative Development and Humanitarian Education Centre “Poisk” were sent for training to Des Moines schools and Drake University.
Within the framework of cultural development Valley High School jazz-orchestra fr om Des Moines performed in the city of Stavropol. They gave some concerts; read some lectures and conducted joint rehearsals with Stavropol Musical School students.
During the Sister-cities International Association Jubilee conference devoted to the 50th anniversary of the organization, which took place in Washington in July 2006, there was a meeting of the mayors of sister cities Stavropol and Des Moines. The participants discussed the perspectives of friendly relations further development.
Official delegations of the sister cities continued to exchange visits during the following years. 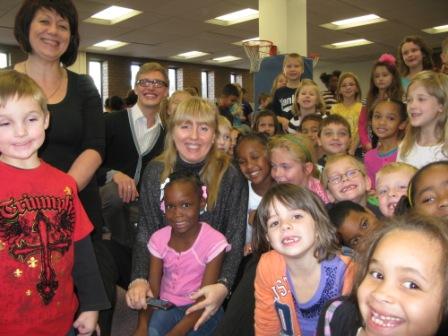 In 2013, the official delegation of the city of Stavropol visited Des Moines. In the frame of the schedule during a visit to the Des Moines Capitol, where the meetings of the General Assembly of Iowa are held, Stavropol delegation was received by the governor of the state. There was the acquaintance with work, structure and activities of departments of the municipality, presentations of Stavropol and Des Moines on the issues of socio-economic development of the sister cities. The prospects for the further development of cooperation between Stavropol and Des Moines were discussed in the field of business contacts, humanitarian and cultural cooperation.
Special attention was given to the Stavropol delegation’s acquaintance with the main principles of the sister city beautification and urban development. Experience of Des Moines for the construction of multi-level car parks was implemented in the city of Stavropol.
The meetings with representatives of the international trade companies of Iowa were organized for members of the Stavropol official delegation, prospects for business cooperation were discussed. The Stavropol delegates visited a private brewery and shared experience in the field technology of the popular drink production. An introduction to the basics of the robotic dairy megafarm was organized.
Within implementation of the Agreement on establishing sister city relations between Des Moines and Stavropol the official delegation of the sister city visited Stavropol in 2016. Prospects of further development of friendly relations between Stavropol and Des Moines were discussed.
In the course of the work program members of the delegation got acquainted with the latest technologies in construction, discussed the issues of urban planning policy, as well as organization of trade and regulation of the consumer market. The delegation got acquainted with advanced technology of drinks production and storage. The sides expressed readiness for cooperation in this field, including the sharing of experience.
The members of the sister city delegation visited Stavropol sports and recreation complexes, Children and Youth Sports School of Olympic Reserve of Vasil Skakun. American side expressed interest in sharing experience in improving the physical health of middle age persons and disabled people. The delegation noted the high level of social institutions’ facilities.
In order to get acquainted with historical and cultural heritage and sights of Stavropol city tours and a visit to G.N. Prozritelev and G.K. Prave Stavropol state historical-culture and natural-landscape museum-reserve were organized. 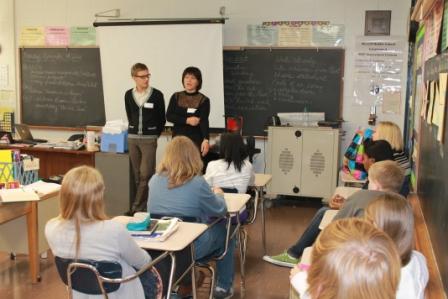 During the exchanges of official delegations, special attention was paid to the further development of humanitarian and cultural contacts and cooperation in the field of education. A visit to the North Caucasus Federal University was organized for members of the American delegation, wh ere a multimedia presentation of the main activities of the university was presented. There was an exchange of views on the organization of the educational process and the development of student self-government. The delegation of Des Moines presented information about the American education system and available programs for foreign students in higher education institutions.
The main directions of interaction between teaching staff and students of schools in Stavropol and Des Moines, participation in joint programs were discussed. During the mutual visits, members of the delegations and representatives of the pedagogical community of the sister cities got acquainted with the work of municipal preschool and secondary educational organizations, as well as organizations of additional education in Stavropol and Des Moines. Friendly contacts have been established between schools of the sister cities. In order to further strengthen the partnership of educational institutions the Agreement on joint international cooperation in the field of education was signed between Education Committee of Stavropol city administration and Des Moines Independent Community school district. An online conference was held between partner educational institutions.
Aimed at further development of the intercultural dialogue among students, the participation of students from the sister cities in the annual international children's drawing competitions in has been organized. Creative works of Des Moines school students were presented at the International exhibition of children's drawings "We are children of one planet", which was held as part of the celebration of the 240th anniversary of Stavropol and the Day of the Stavropol territory. Visitors of the exhibition especially noted the deep content of works dedicated to the friendship of the sister cities.
Schoolchildren from Stavropol took part in an Exhibition of children's drawings held as part of the Iowa State Fair. Residents and visitors of Des Moines were interested in the works performed in various techniques, noting the high art level and creativity of beginning artists. Then drawings of Stavropol students were placed in educational institutions of the sister city. The Des Moines sister city committee expressed gratitude to all participants of the exhibition. The winners were awarded with diplomas of I-III degree.
Friendly sister city relations between Stavropol and Des Moines continue to develop.